Situated in Bear Mountain State Park and overlooking the shores of Hessian Lake, the historic Bear Mountain Inn is listed on the National and New York State Registers of Historic Places. As the centerpiece of a unique park system that stretches from the edge of New York City through the Hudson Valley, the Bear Mountain Inn was declared by The American Architect to be one of the “finest examples of rustic Adirondack architecture in America” upon its opening in 1915.

The inn’s original cellar contained an electric lighting plant that was also used to furnish power for an escalator from the excursion boat landing to the plateau on which the inn stands. The ground floor included a “luncheon counter” while the second floor featured an open-air veranda where “moderately priced Table ‘d’hote” meals were sold. The main dining room offered “service equal to any metropolitan restaurant.”

In 1922-23, steam heat and enclosed windows were added to make the inn a year-round facility. The aim was in part to make it a center for winter sports.

The Brooklyn Dodgers, New York Giants, and New York Knickerbockers made the inn and adjacent athletic facilities their training headquarters in the 1930s.

It was also not uncommon to find the times’ most popular entertainers headlining, like Harry James or Tommy Dorsey and His Orchestra, and some believe that Kate Smith penned her theme song “When the Moon Comes Over the Mountain” while at the inn.

Bear Mountain State Park was born out of the conservation efforts of the Harriman Family in 1908 before ecological conservation was the popular movement it is today. What was soon to be the future site of the Sing Sing Prison eventually became the hallowed grounds of The Bear Mountain Inn, thanks to the Harriman’s and the youthful Palisades Interstate Park Commission. While development of the prison had begun in 1908, certain wealthy local residents including Union Pacific Railroad Magnate Edward Henry Harrison chose to donate thousands of acres of his family’s land (to eventually become Harriman State Park), along with $1 million to the PIPC on the condition that the State of New York stop work on the prison and make Bear Mountain into a park. By 1910, the base of Bear Mountain was bustling with activity to create a State Park.

In 2005, Bear Mountain Inn closed for nearly six years for extensive renovations and to restore historic details and decorative motifs that were concealed or lost between the 1930s and 1980s due to changes to the floor plan. 15 luxury guest rooms and suites, and over 20,000 square feet of flexible event space were also included.

The historic and rustic Bear Mountain Inn has always had hundreds of unique stories to tell. Today, we invite you to come and create your own. 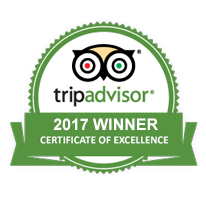 Guest Services, Inc. © 2022  |  Bear Mountain Inn is a member of Historic Hotels of America®, the official program of the National Trust for Historic Preservation for recognizing and celebrating the finest historic hotels across America.